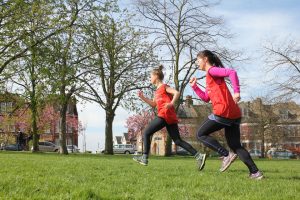 Troubling Obesity News Last week I sent you a news story about what happens to your body when you start exercising which I intend to dissect and elaborate upon the good parts of that article and the not so good parts but this new article takes precedence. This story was sent in by a bootcamper and was published in the Metro. The headline is ‘Obese employees should be able to work from home, government adviser says.’ This is the advice from Professor Stephen Bevan of Public Health England’s Advisory Board. He recommends that obese employees should be allowed to turn up later to work and be protected under discrimination laws. He also advises that by allowing obese workers to work from home businesses can avoid them demanding a larger chair. Further he is to inform 2000 medical professionals that obesity should be considered a ‘protected characteristic’ allowing staff to sue fat-shaming employers.
Is it just me or is it shocking to read this kind of thing? This is a man who is being paid hundreds of thousands of pounds by the government and whose intelligences leads him to this conclusion. I did not just stop at reading this article, I looked him up and surprise, surprise, he is not fit. Another unfit person making policies about being fit. No wonder there is no real change. Deeper investigation of his twitter account shows that he has a previous tweet which states that ‘one in eight people set to have type 2 diabetes by 2045.’ Therefore does he really think that staying at home is appropriate for overweight people. Their daily commute is the most movement they are getting and he suggests removing this and allowing obese people to sue their employers. He tried to back-track by saying that employers have a legal duty to make workplace adaptations for workers with obesity impairments such as arthritis and cardiovascular disease.  Really??!!!
Here’s a newsflash Stephen Bevan, these obese people would not have these impairments if they were not obese and it is not an employers fault. As human beings we are responsible for our own health and wellbeing and convenience and technology has made the world a more sedentary place. What is needed is more innovative ideas to get people moving.  Exercise combats type 2 diabetes, arthritis and cardiovascular disease. It beggars belief that this is the best solution that he can come up with and that he is sharing this with 2000 medical professionals. I would like to see the shape of that room. Don’t stop him now because pretty soon he’ll be suggesting that all obese people should be allowed to have a bedroom at work so that they can lie down and rest their bad backs.
diet, exercise, fitness, health, obesity, think, weightloss, wellbeing

Miracle Fitness is a fitness company specialising in Fitness Bootcamps, Pilates & Yoga and Sports Rehabilitation for men and women in the South East of London.